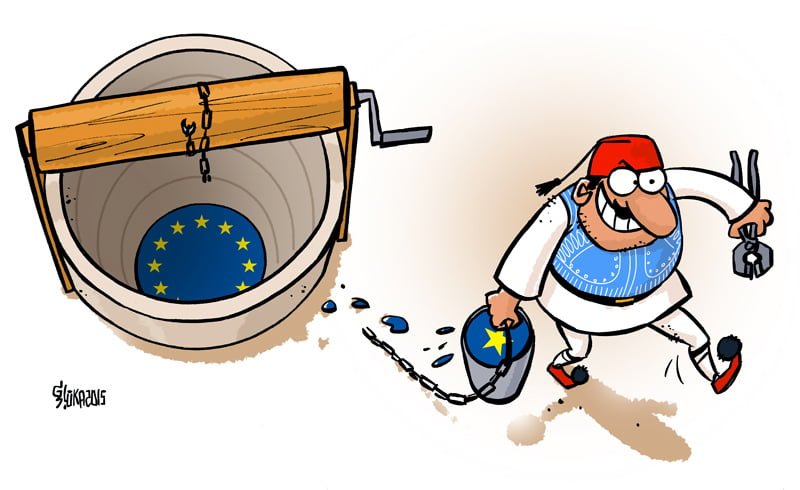 Greece crisis in my cartoons.

Latvia has experienced the worst two-year economic downturn on record, losing more than 25% of GDP. Greece – like Latvia and Estonia – will be at the mercy of external events to rescue its economy. (The Guardian) 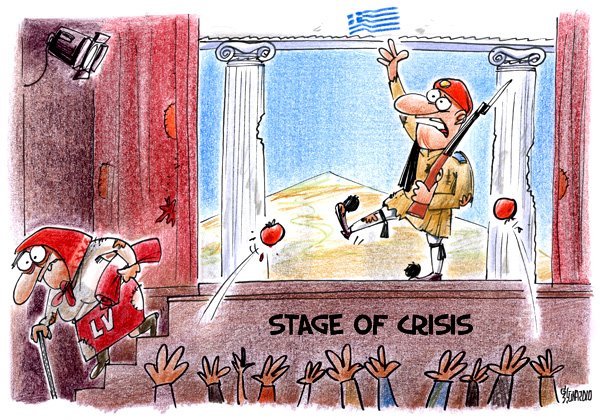 Greece’s financial crisis puts the future of the euro in question. (The Guardian) 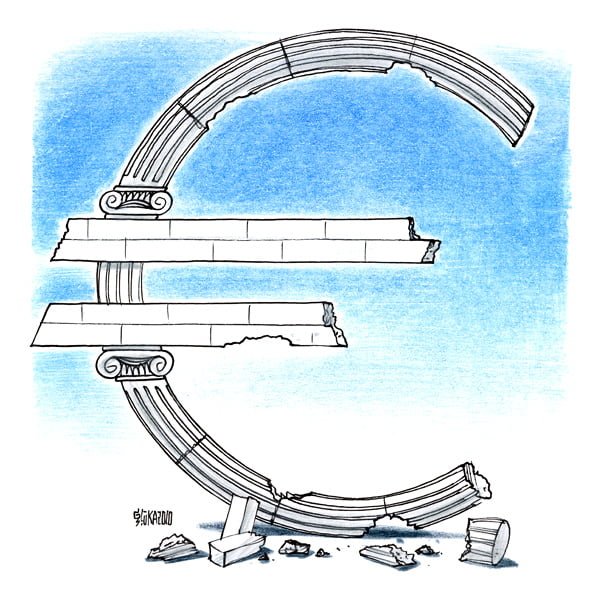 The Greek political crisis paralysing the eurozone and threatening to plunge Europe into prolonged financial meltdown and recession could be resolved on Friday after George Papandreou indicated he might step down as prime minister even if he wins today’s knife-edge vote of confidence in parliament. (The Guardian) 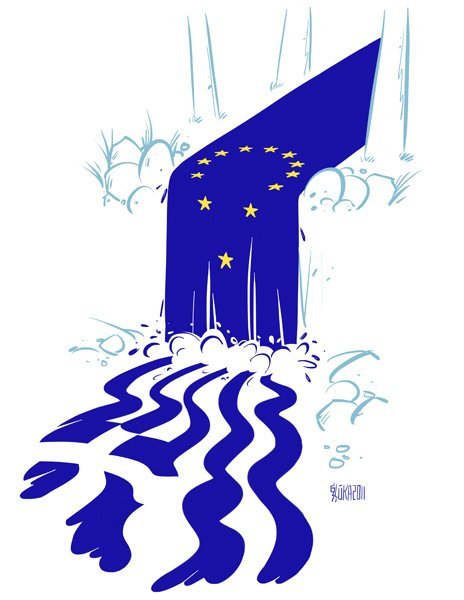 The world had been watching Sunday’s elections in Greece with bated breath, worried that the outcome could precipitate a Greek exit from the euro zone. Now it looks as if the two mainstream parties that support the bailout deal with the European Union and International Monetary Fund (IMF) may be able to form a government — but Athens isn’t out of the woods yet. (Spiegel) 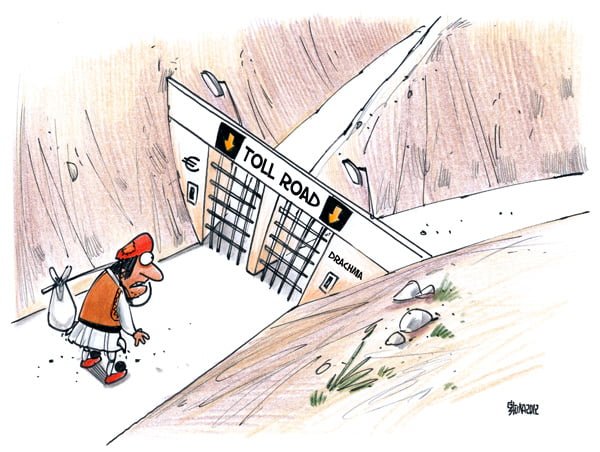 Syriza, the radical leftists who have pledged to roll back austerity and renegotiate Greece’s mammoth debt, swept to a stunning victory in the country’s elections on Sunday – but looked like falling agonisingly short of an outright majority. With more than 90% of the results in, official interior ministry results put Alexis Tsipras’s party on 36%, eight points clear of their chief rivals, the conservative New Democracy of outgoing prime minister Antonis Samaras, on 28%. (The Guardian) 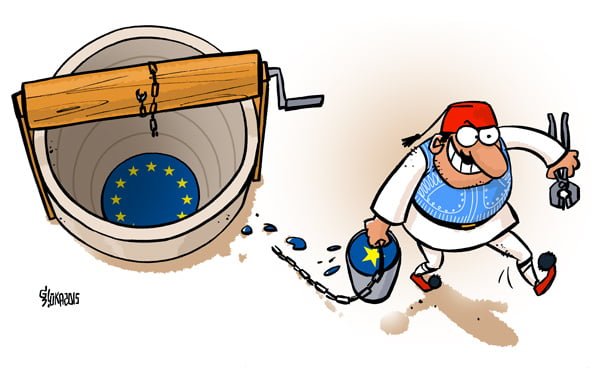 Greek Prime Minister Alexis Tsipras highlighted the importance of his country’s relationship with Russia as he shared the stage with President Vladimir Putin at a key economic summit in St. Petersburg Friday. While recriminations flew between Greece and its international creditors over much-needed rescue funds, Tsipras declared at a session at the St. Petersburg International Economic Forum that “Russia is one of the most important partners for us,” adding that the indebted country could no longer “carry the burdens of the past”. (CNBC) 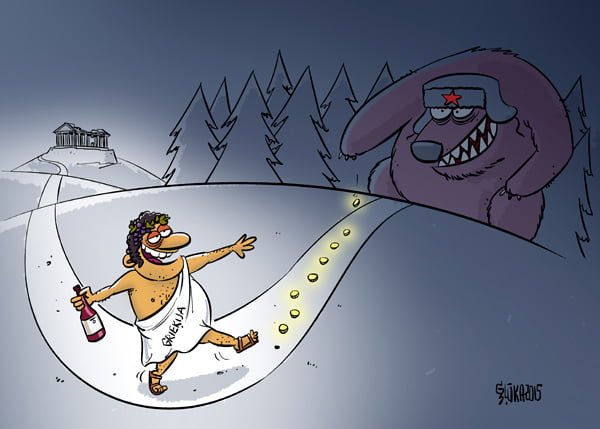 If Greece defaults on its debt, it will be the biggest default by a country in history. Greece is expected to miss a €1.5 billion ($1.7 billion) debt payment on Tuesday. That won’t be enough to put it in the record books yet, but it could eventually make Greece default on its entire debt load: €323 billion ($360 billion). This isn’t the first time Greece has been on the brink. Greece already holds the record for the biggest default ever by a country from 2012 when it went into technical default and had to restructure about $138 billion of its debt. Back then, Greece was quickly bailed out by its European peers. That’s unlikely to happen now. (CNN Money) 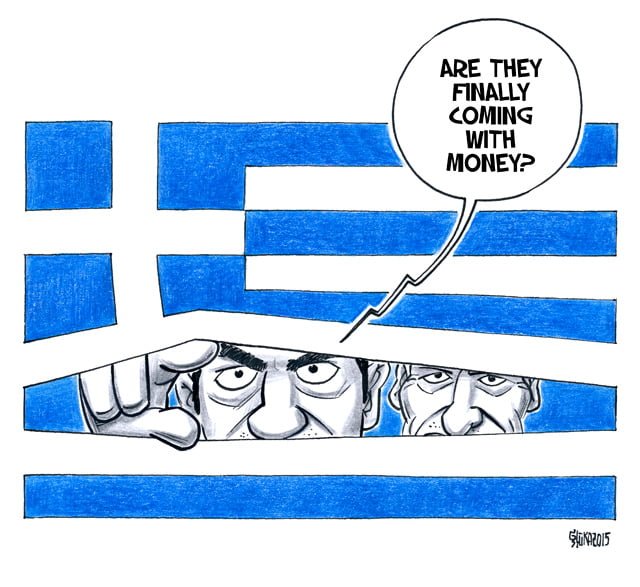